Back on the Blog

My blog got away from me all year. But, I spent a lot of time making music with friends, old and new.
Here's a brief recap of the year behind and an update on what's going on now and for the year ahead. 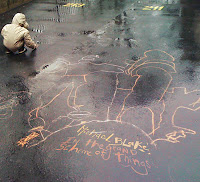 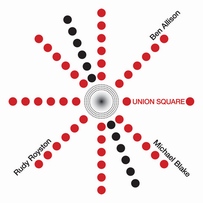 I am fortunate to have had many wonderful experiences in 2012 and I should start with the recording and release of some new music. 'In the Grand Scheme of Things' (Songlines) and 'Union Square' (A-beat) are radically different albums and I am very happy about how well these albums sound. They also look great and I'm especially proud to release my second CD on the fine Canadian label Songlines. They've also been receiving positive reviews. The best piece about my music in along time comes from Will Layman at popmatters.com. Another one worth mentioning was just written about Union Sq. We have a FREE TRACK you can listen to from In the Grand Scheme of Things. Esoterica is a piece we recorded at the first recording session and although it didnt make it onto the CD it is a lovely moody piece.

Recently I've come across many discussions on social networks and jazz blogs about music (Jazz and the American Songbook for ex.) being dead. How can any music be dead? I will never understand that argument. Music is something that elevates our lives and lifts us above our basic shortcomings as humans. No matter how lousy or great you might feel in any given moment there's most likely a piece of music that fits in and helps (or simply accompanies) us through that experience. And now we have the convenience to select whatever we want to accompany our lives. Sure, certain music may become unfashionable but it's impossible to kill it.  Like Frank Zappa said, "Jazz isn't dead. It just smells funny".

Another recording session this past year yielded some great tracks. Instead of selling an album or CD I will offer these tracks as singles and just put them out like that. One of the first of these single releases will be a track I'm producing as a fundraiser for my friend Scott Harding (aka Scotty Hard). The music is still a work in progress featuring special guests John Medeski, Miles Arntzen, Billy Martin and many others. The bed tracks were recorded with my Band with whom I'll be releasing the other singles.

I also recorded a few CD's as a sideman. One is coming out on Fresh Sounds/New Talent with the Michael Bates/Sam Blaser group. I enjoyed working with Sam so much I invited him to play with my band in China. We were all sorry our bassist Peter Scherr wasn't able to make the tour but we decided to go for it anyway. Playing without any bass or chord intruments really opened us up. Jazz is still really new to a lot of people there but when they come to listen they are electrified by the music.

The Minus One (Tommaso Cappellato, Stefano Senni and myself) released 'Live in Pisa' on Punto Rojo from our tour last year. A gig in Tremezzo (Lago de Como) really showed what this trio is capable of. We were on FIRE!

The year started off with a very successful reunion of Kingdom of Champa at the Manzoni Theater in Milan. Then a few weeks later I played with bassist Ben Allison's band at Carnegie Hall. Another highlight was last weeks Jazz Composers Collective 20th Anniversary at NYC's Jazz Standard. What a pleasure to play with and hear my fellow composers again! Of course there were many other experiences that I was very happy to be a part of. Here's a photo of myself and my buddy trumpeter Steven Bernstein at the Siena Jazz Workshop concert with the great altoist Greg Osby. This was my 4th year teaching there and the faculty, and students were better than ever. The week finished off with a recording session with the wonderul pianist Alessandro Giachero and his trio. I was super tired that day but their music inspired and energized me. 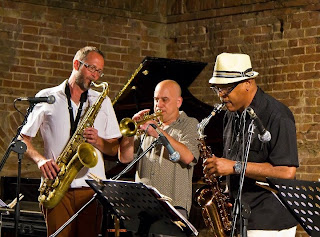 I will be touring in Canada in January from Jan 18-Feb 2, 2013. The dates are almost locked in but still some last minute gigs coming in for the last leg out East. World Time Zone and my Band are playing the Cornelia St. Cafe during APAP on January 12th. More info about these events coming soon!

Time to go but before I do, here's another anecdote from the vault...

#4. Harvey Keitel's wedding reception at Robert DeNiro's loft. Loved seeing these guys hanging out and especially Christopher (Bruce Dickinson wants more cowbell!) Walken. DeNiro wasn't around because he was,"Upstairs making the sauce". Another Keitel quote while his bride-to-be adjusts his 'walk down the aisle', "We're not even married yet and she's already giving me direction". Enjoyed the entire party but a highlight was getting the thumbs up from Al Pacino. Note: we were subbing for John Lurie's National Orchestra. Thanks John!

Posted by michael blake at 10:10 No comments: